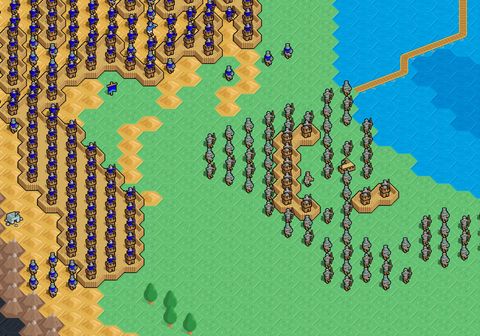 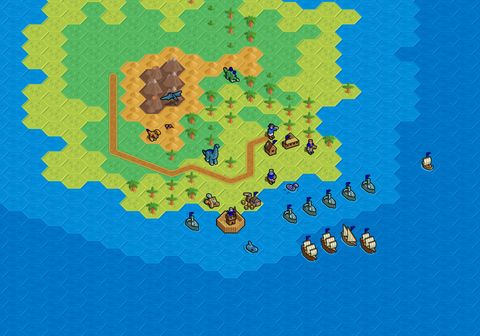 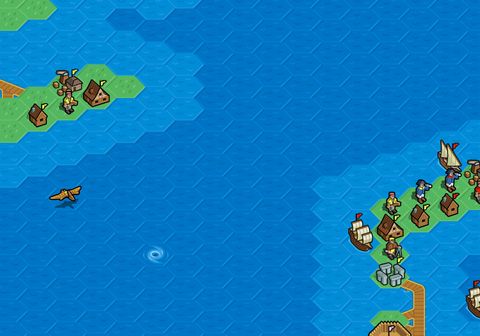 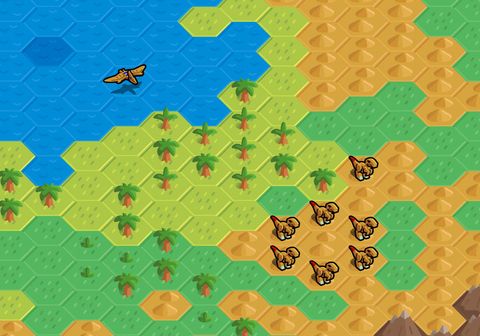 An Indie MMORTS with an unfair approach to balance

You begin with a single Explorer, thrown back in time to a safe green valley surrounded by mountains. You collect resources, build technology, and create armies to conquer new lands… or simply meander around, planting flowers in picturesque mountain valleys.

The game is set in a 2D hexagon tiled universe, divided into separate realms. Each realm can be a mountain valley, a large island or even an whole ocean with many new types of realm planned for the future. This structure allows all players to be in the same universe (no shards), but for the game to be scalable, with realms hosted on separate server instances.

There are currently 137 units and buildings (Archers, Farmers, Pirate Ships, Velociraptors) in Ironfell. The current units cover the high middle ages, victorican england and the late cretaceous and Dinosaurs. The next expansion will take Ironfell into Space and be funded by an indiegogo kickstarter. What you can play now is just the beginning.

In Ironfell you can can gather stockpiles of resources to gain an unfair advantage over your enemies. The longer you’ve been playing for, the more resources you have, the stronger you are. And you take that full advantage into battles set in a massive persistent world.